After 10-years of their very popular AP line, Titleist has changed it up with the release of the 620 and T-line irons. As a Titleist staff ambassador, I was intrigued, what they were going to look like? How are they going to perform? My anticipation grew the closer I got to my annual fitting and now that I have hit them, I am very impressed, but at the same time expected the results. The feel and sound have remained the same in keeping with Titleist’s tour tested approach, however, the new look and performance are what was most noticeable. I’ve had my irons for a little over two weeks and still can’t wait to hit them. Titleist released them to the public on August 30th, so I wanted to fill you in as to why the change from Titleist was needed and justified:

A DIFFERENT APPROACH TO IRON DEVELOPMENT

Titleist engineers understand that true distance is more than just a number. The quality of any iron shot must be judged in three dimensions: Distance, Dispersion and Angle of Descent. This deeper understanding of iron play fueled our T-Series innovation.

DISTANCE YOU CAN RELY ON

T-Series Irons are long, but distance is useless if it’s not consistent. Titleist irons are designed to deliver repeatable, reliable distance.

Titleist engineers use their expertise in cavity shaping and tungsten weighting to create irons that perform better on every strike. From the precision balance of T100 to the consistent distance of T200 and engineered forgiveness of T300, T-Series irons are designed to land every shot closer.

STEEPER DESCENT ANGLE – THE POWER TO DROP IT AND STOP IT

An iron shot that flies far but can’t hold the green does little to improve scoring. The angle of descent produced by each T-Series iron strikes the ideal balance between adding distance and preserving stopping power.

T200 and T300 irons are powered by Max Impact Technology, a striking innovation that extends maximum speed across the entire face while preserving superior sound and feel.

The T-Series is designed to help discerning players at every level go lower than ever before. From the precision of T100, the distance of T200, and the forgiveness of T300, T-Series is for players who know the difference between wishing you could and knowing you can. 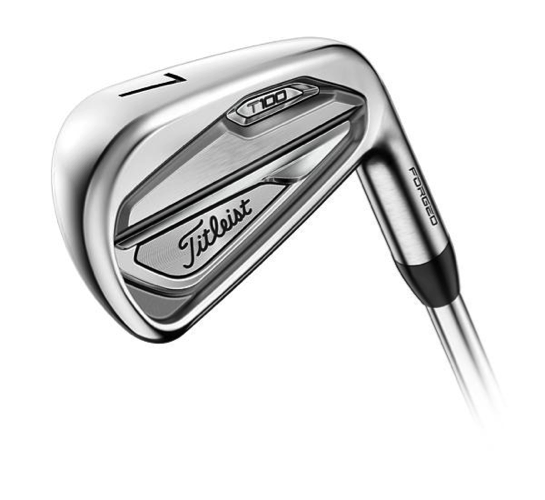 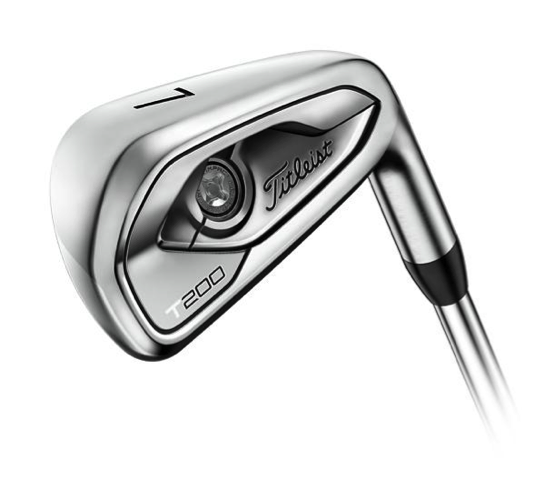 A player’s distance iron with the benefits of a forged face and Max Impact, subtly integrated into a shape that satisfies the discerning eye. The T200 is everything you’ve come to expect, and more. Powered by Max Impact for better distance across the forged face to convert near misses to nearly perfect. These golf irons are designed to help better players score lower. 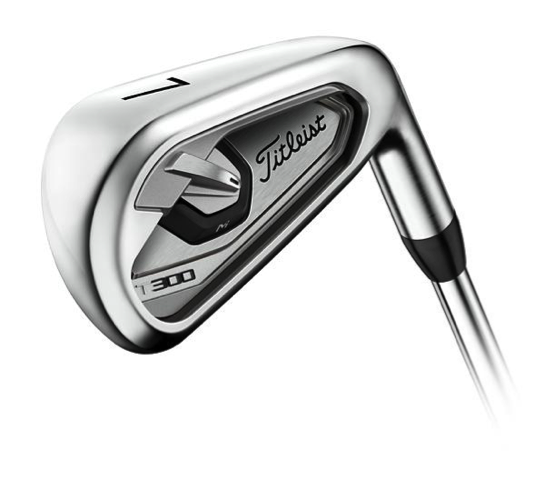 The first two sections explained the additions and enhancements of the T-line. This section from a testing aspect focuses on my feedback and helps explain the differences and similarities between the T-line irons and the AP-line

All the T-line irons have had their top lines considerable shaved presenting a thinner look players desire. I have consistently preached about the clean look and the biggest difference in my opinion is that the T-line is a more attractive and shinier than its predecessor. This is a big difference as it appears less is going on in the back. That adjustment to the shape visually improves the feeling of a player is playing a blade and leave them unaware of the big game improvement characteristics under the hood. I also wanted to make a point that the 620-line (MB & CB) which I haven’t showcased includes many of the same benefits in performance but designed in a smaller less offset head. 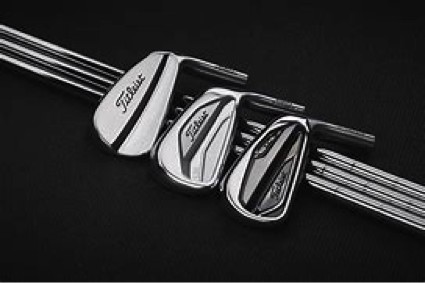 With the T-line and 620’s, I believe that Titleist has seamlessly overlapped each model adding in performance as the head size increases, whilst maintaining the distinguished classic look throughout the whole product line. As a result, I have encouraged many players blending their sets to fit the players needs which the AP-line didn’t do a great job of. I myself have blended 620 MB, CB and T100 together which really fits my eye and enhanced the performance of my long game. Many golfers I have fit have blended the T100 and T200 for similar reasons and to achieve optimal decent angle which we covered earlier in this article.

With never ending enhancements in technology and performance, Titleist have turned the page to a new chapter of performance and design. It’s not that the AP-line was a bad product, in fact it was quite the opposite they were great. However, the T-line compared to the AP-line is just better! These irons can improve your game and compliment you as a golfer. The entire line provides all levels of golfer from a novice to the tour professional a suitable solution. They also provide the versatility and custom options to raise your game.

I recommend going to see your local PGA Professional and getting fit and experience the improvements for yourself.